HTC Exodus Smartphones to Get a Monero (XMR) Mining App 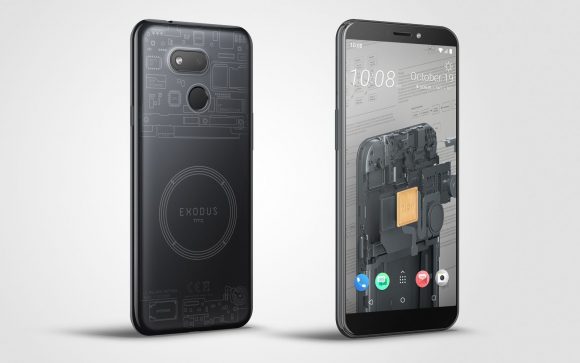 It seems that HTC is trying to attract more interest onto its blockchain smartphone – the Exodus, by introducing a dedicated mining application for mining Monero (XMR) directly on the device. HTC has partnered up with a company called Midas Labs to develop a mining application called DeMiner that should be available in the second quarter of the year or with other words in less than 3 months. Currently mining Monero on a desktop level processor using the RandomX algorithm is not profitable according to the to companies and their goal is to actually make it profitable to be mined on a mobile device. Not profitable enough to make you rich, but actually getting more than you spend on electricity to mine the coins…

According to Midas Labs the HTC EXODUS 1S users should be able to mine at least $0.0038 USD of XMR per day on average, while the electricity cost should be less than 50% of that. And it seems that you need to have your smartphone plugged into power for that to work well and to be profitable however there is no way that you can do that 24/7, right? The DeMiner app is designed to automatically inactivate mining whenever the phone is in regular use or when the charger is unplugged, removing the stress upon the phone’s normal usage, so you will not be able to mine Monero (XMR) with the device all the time. A more interesting thing is if Midas Labs could in the future provide smartphone manufacturers with dedicated mining hardware to be built-in the devices and provide good performance, power efficiency and in the end profitability for the end user… this could indeed be a game changer for the mobile industry and for crypto as well. 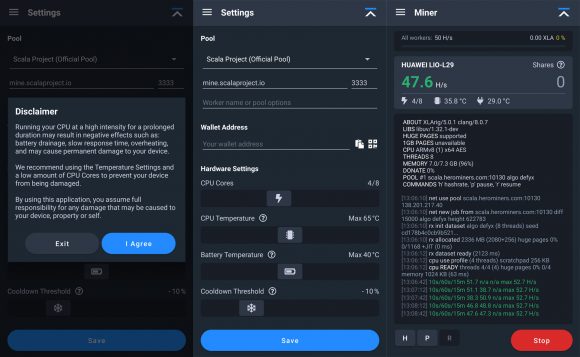 Now, talking about HTC and their smartphones getting Monero RandomX mining capabilities in the near future is one thing, but we have recently tested Scala (XLA) Mobile Phone Miner that is very similar and already available for users with Android-based smartphones. The XLA project uses its own algorithm called DefyX, though based on the same RandomX that Monero uses, and the miner works even when running on battery and not only when plugged in for charging. We have tested on Huawei Mate 30 Pro and although the hashrate is nothing to brag about with, the power efficiency for achieving it is what is more interesting. What is even more interesting is that the miner app is having built-in measurements to prevent your phone’s hardware form overheating and damaging it which is one of the concerns regarding the use of smartphones for crypto mining.

So if you are interested in what HTC could be soon providing for a limited number of mobile devices, namely their own Exodus smartphones, you should check out what Scala (XLA) is already offering for their users with their mobile miner compatible with all Android smartphones. Maybe they are already ahead of their time, although HTC is getting all the attention now with just announcing future plans for what could essentially be the same thing already available… and you just don’t know about it.

Are Bitcoin Miners Pumping BTC’s Hashrate to Profit from Halving?